This is a single blog caption

We were dismayed but not surprised to learn that a recent parliamentary report has discovered a significant ‘backlog’ of immigration and asylum cases yet to be resolved by the former UK Border Agency.

According to the report, the number of unresolved immigration and asylum cases has increased by more than 50% over the past three months, today standing at half a million. The report estimates that the time it will take to clear these cases could be as long as 37 years.

The UK Border Agency was abolished earlier this year and re-released under the new name, UK Border Force. However, in light of these statistics, MPs are calling for more than a ‘rebranding’ of the organisation; rather, a complete overhaul in the way that immigration and asylum cases are processed.

In the meantime, many asylum seekers and immigrants are being forced to wait for inordinate lengths of time for their cases to be addressed; time that some of them simply cannot afford.

The UK Border Force fails to recognise the damage as a result of on-going delays. By the time Refugees are granted a right to remain, they are mentally damaged as a result of the whole process which demonstrates that the current system is flawed.

Many asylum seekers have fled from persecution and torture to a country (the UK) that is a signatory to The Refugee Convention. It speaks volumes that not only are these Refugees fleeing abuse from their home countries, but they are subjected to an abusive system in the UK that is causing more mental anguish through inordinate and unreasonable delays. 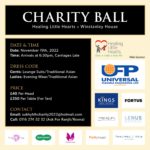 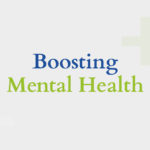