Signs of Dementia and What To Do?

There’s no doubt: early signs of Alzheimer’s and other dementia can be worrying. Learn more about signs of dementia and what to do here.

There’s no doubt: early signs Alzheimer’s and other dementia can be worrying but also, at times, overlooked.

Whilst it’s easy – and sometimes preferable – to consider them to be merely traits of the elderly, it’s important not to ignore them. Therefore, if you notice any warning signs, the best way forward is to schedule a doctor’s appointment.

Early signs and symptoms can include the following:

Probably the symptom most associated with Alzheimer’s disease is memory loss.

For instance, forgetting important dates and names can be an early warning signal.

Equally, asking the same question several times can be a worrying sign.

Difficulty concentrating can be a sign of someone suffering from dementia.

Similarly, no longer being able to follow a plan as they once would is a struggle associated with dementia.

Whilst getting confused about how to work the television remote can most certainly be simply age related, greater confusion and frustration may be signs of something more sinister.

Those with Alzheimer’s may find it difficult to remember how to carry out everyday tasks. For example, driving to a familiar place or remembering the process involved in washing clothes both point to early signs.

People with Alzheimer’s may sadly show signs of change which might only be minor to start with.

Equally, feelings of fear and anxiety borne out of their confusion can manifest itself as irritability and upset.

It’s important to recognise where issues differ from those caused by aging.

Whereas an elderly person might quite possibly have visual problems, often connected with cataracts, other problems with sight can sometimes be attributed to dementia.

As such, a person with Alzheimer’s might be unable to judge distance or have balance problems.

Equally, speaking becomes an issue too. Struggling to follow and join conversation is a common warning sign.

Whilst there’s no doubt about it, broaching concerns about your own health is difficult but necessary.

Fear of acknowledgement is understandably high and also that of upsetting those closest to you is not pleasant.

Equally, no one relishes the thought of tackling an elderly relative about their changing behaviour. However, any resulting early diagnosis is important.

Potentially the foremost reason for an early diagnosis of dementia is it gives the sufferer more time to plan for their future.

Moreover, it gives them more opportunity to share information with their nearest and dearest.

The knowledge that the wishes of someone with Alzheimer’s are being closely followed is incredibly important, not only to them but also their family.

Having these wishes legalised is also an excellent way forward.

Consequently, this can give peace of mind and prevent any family disagreements further down the line.

In the meantime, please check our Court of Protection services. 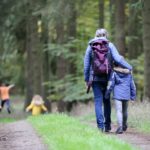 5 Reasons Why Walking is Good For Your Mental Health 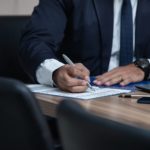 Responsibilities of a Lasting Power of Attorney 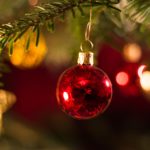 5 Ways to Protect Your Mental Health This Christmas 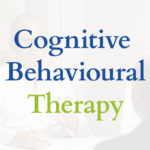 Cognitive Behavioural Therapy (CBT) Explained
We use cookies to ensure that we give you the best experience on our website. If you continue to use this site we will assume that you are happy with it.I AgreePrivacy policy